Panic, describes my essential near-constant state.  For years  I have found myself in a permanant state of flux and frightened of my inevitable demise.  My panic series brings that sense of fear and apprehension to the fore.  All the pieces in it denote that sense of fear: fear of rejection, fear of getting something wrong, stress associated with lack of control, of not being good enough; the list goes on.

Accessible Artwork (Existential Sign) is a piece that symbolises the inanity of  life and questions the point of questioning our existence in a world where attention spans are short and most things consumable and disposable.

I decided the ultimate irony would be to have a sign, of the type often seen in kebab shops and convenience stores dispensing existential advice and missives that would make the viewer, expecting a sign to be a sign, signifying something for sale (when in fact it is the opposite), feel curious and uneasy and that ultimately they would stop and engage with the sign and rethink how they interact with the world around them and the validity of their own existence.

The work is designed to be able to be read by anyone and can be shown with an audio accompaniment for blind or visually impaired audiences.

Pattern #1 is an evolving artwork that changes based on who views it and what actions they take.  The audience is asked to engage with the projected pattern by replicating it on a plain wall. However, this is impossible owing to the morphing nature of the pattern. As soon as they start repeating the pattern it changes. The resulting exasperation and consequential art results in two distinct, yet connected artworks: one by the artist and the other created by audiences during the length of the exhibition.  Leading to a kind of incidental collaboration.

Self-Portrait is about the depersonalisation I experience through my severe anxiety and other mental health issues; the disconnect between the “I” and the disability making me largely reliant on a wheelchair, I have experienced for the last decade.

As well as that disconnect, I have suffered from BDD for many years and before that, anorexia and bulimia which resulted in a long hospital stay as a teenager.  The way I feel about myself since I have become a wheelchair user has made me want to hide away from the world.  My body changed, my posture.  The things that made me, changed.  I have refused to have photos taken for the last decade.  However for this piece I did.  However I altered my face in various ways, turning my face into a melting mask without eyes in one of the images and then removing my mouth in the other.

These photos were then transferred onto painted wood and then burnished, removing fragments of me as I went.

EL Wire was then threaded over the images in such a manner that they could collapse into each other, one larger and one slightly smaller.  These pulse on and off, reminiscent of an emergency signal, illuminating part of the portraits in the process, highlighting the fragmented elements of the work and my “self” that it represents. 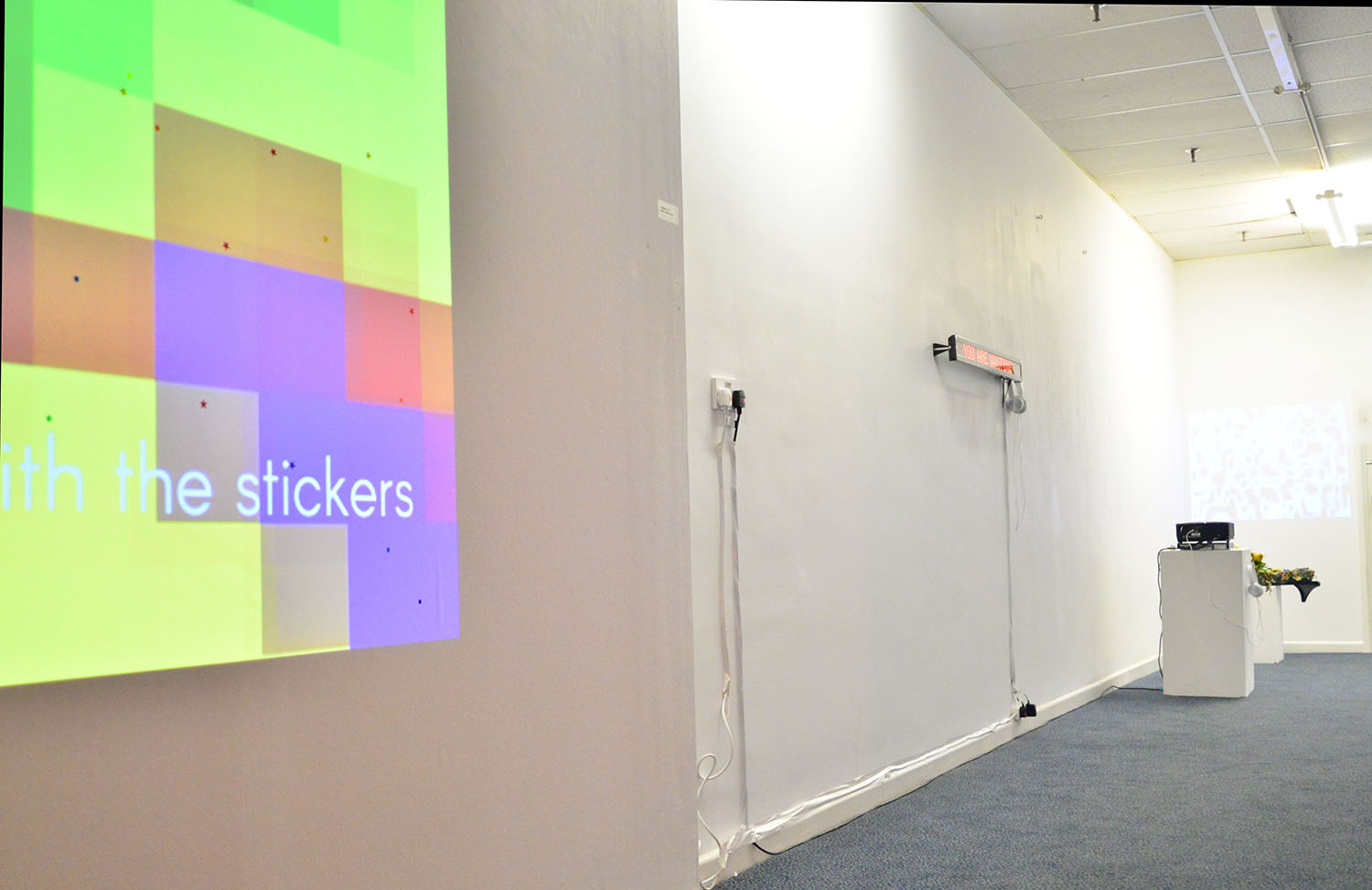 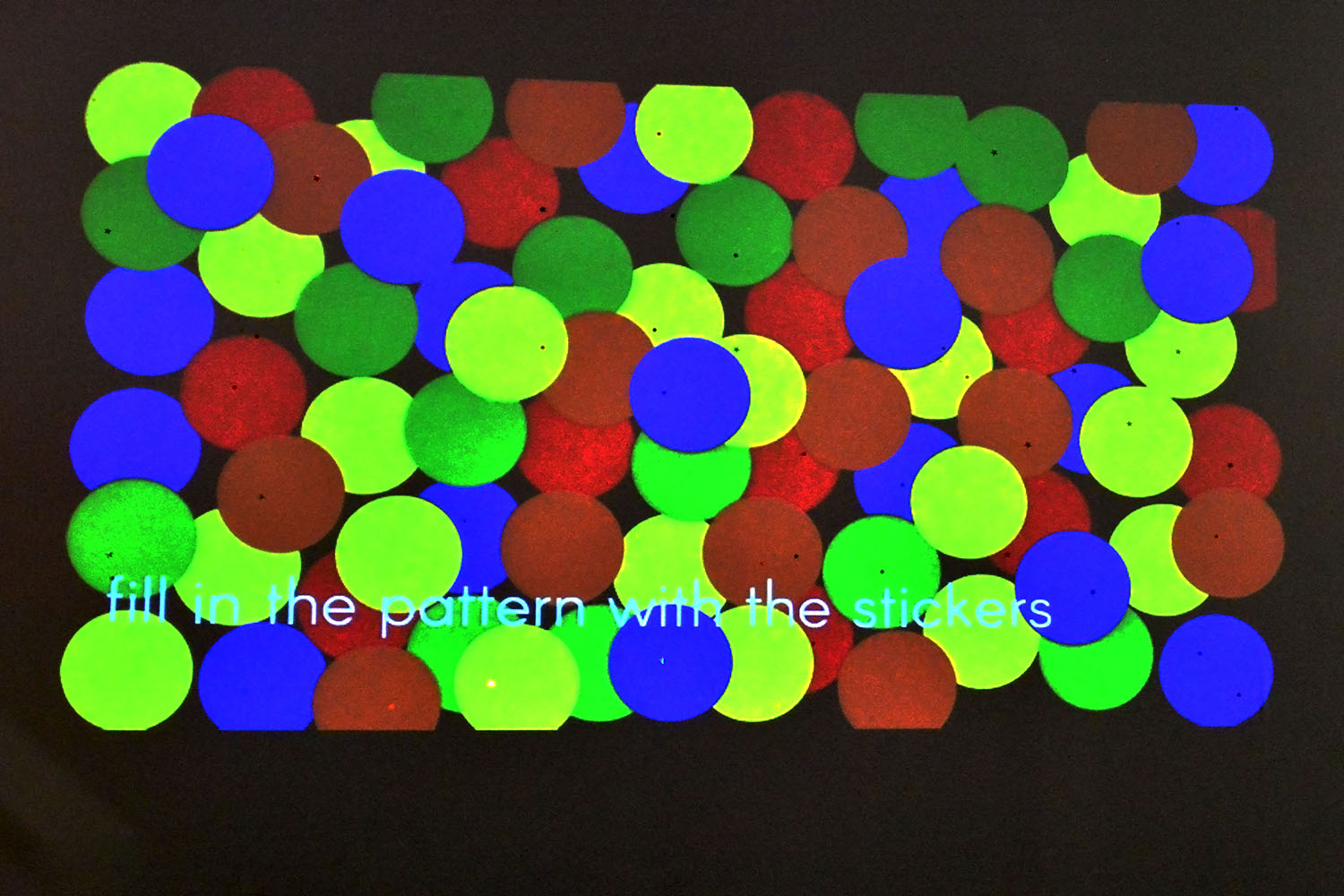 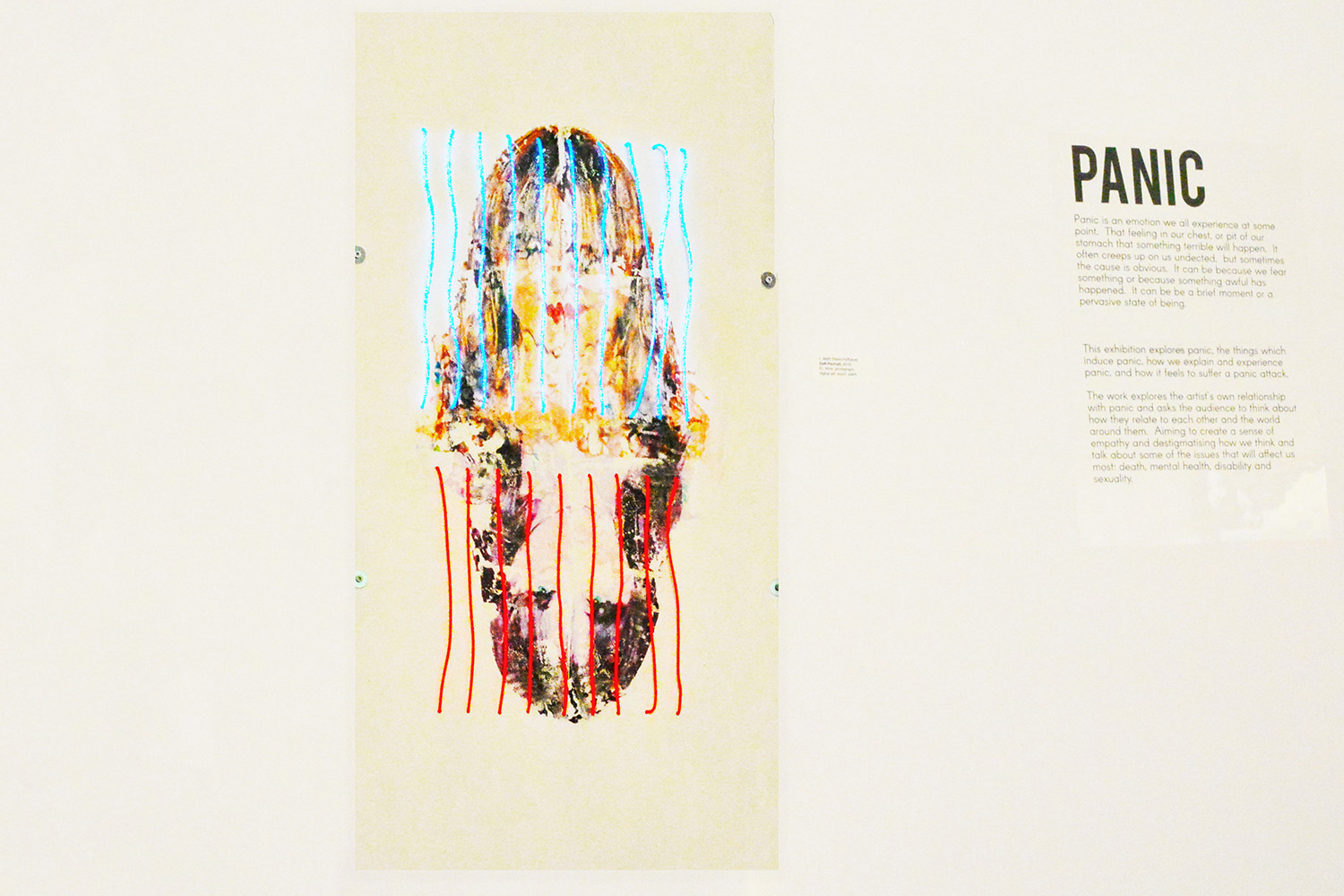 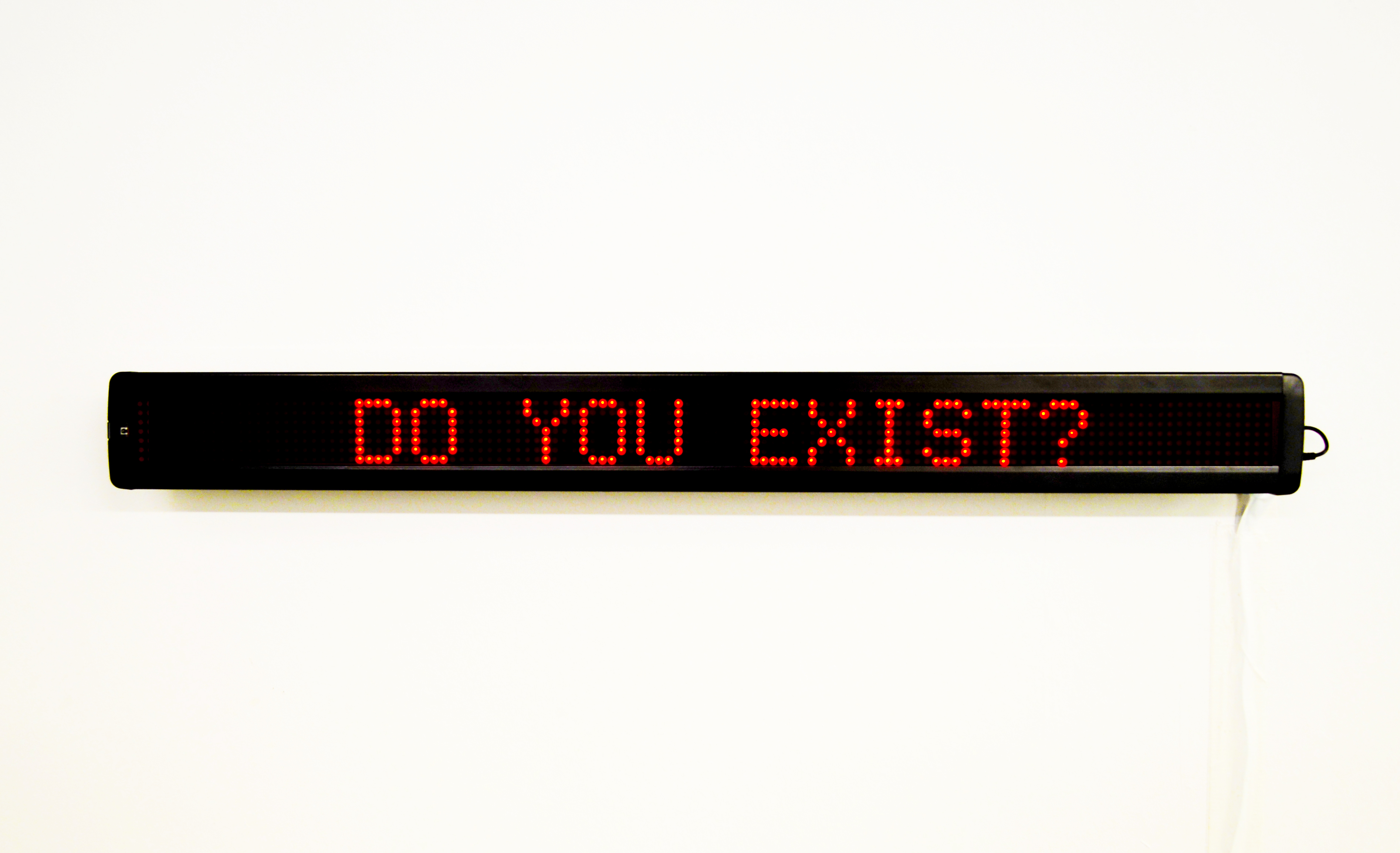