Our “ghost” is played by an autistic child and his movements and actions during the shoot is his natural behaviour.  The decision to have a child with a disability that acts as an invisible barrier to the world and being a functioning member of society was intentional.  He is a ghost as we do not get to see the real him and his disorder makes it almost impossible to form human relationships and be “seen” by others, when he is seen, he is unable to interact with others in a typical way.

I have always been interested in ghosts, they are both terrifying and beautiful.  The aim of this installation was to create an experience that occupied this space also.  In a darkened room a the film is projected onto a plain wall at full size; as the film begins we hear a slow barely audible heartbeat overlay the film (when we hear human heart beats that are out of time with our own and we are not expecting them a physiological response happens, resulting in fear).

This is then accompanied by barely audible sound at an ultra low frequency.  This infrasound is blasted out through 4 speakers catching the audience in the middle caught between the direct experience and the suggested.

Infrasound (played on separate tracks and systems as different times) is a key feature of this piece as it has been shown in various studies to induce paranormal experience.  This is not “real” experience in the paranormal sense; but it is a genuine experience of stress, anxiety and of being haunted.

The aim of the installation is to induce a genuine paranormal like experience and sense of panic in the audience via the process of being immersed in the experience both sonically and visually. 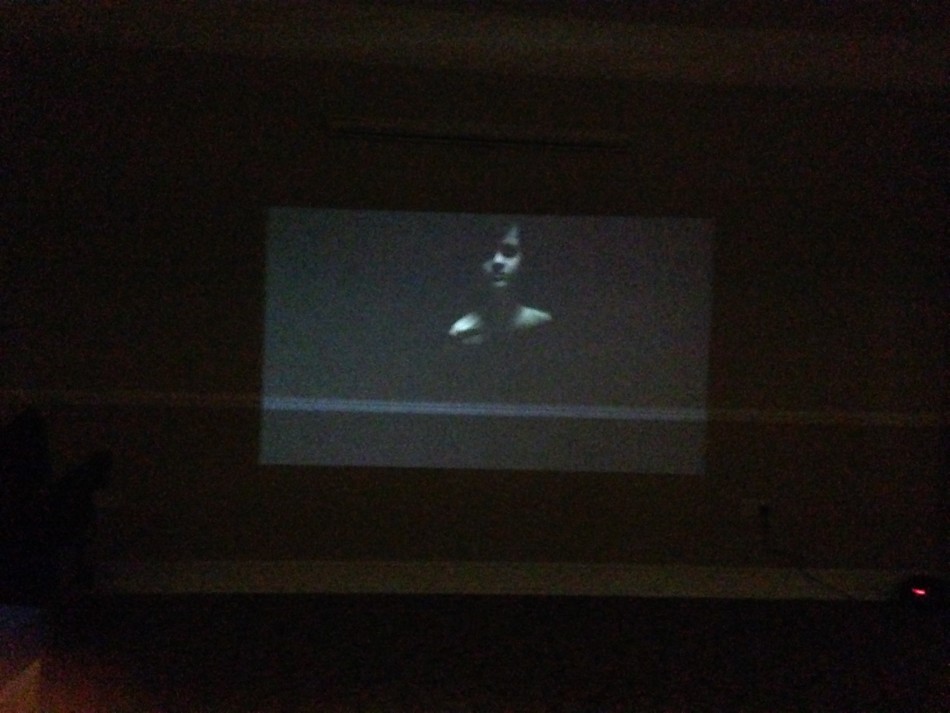 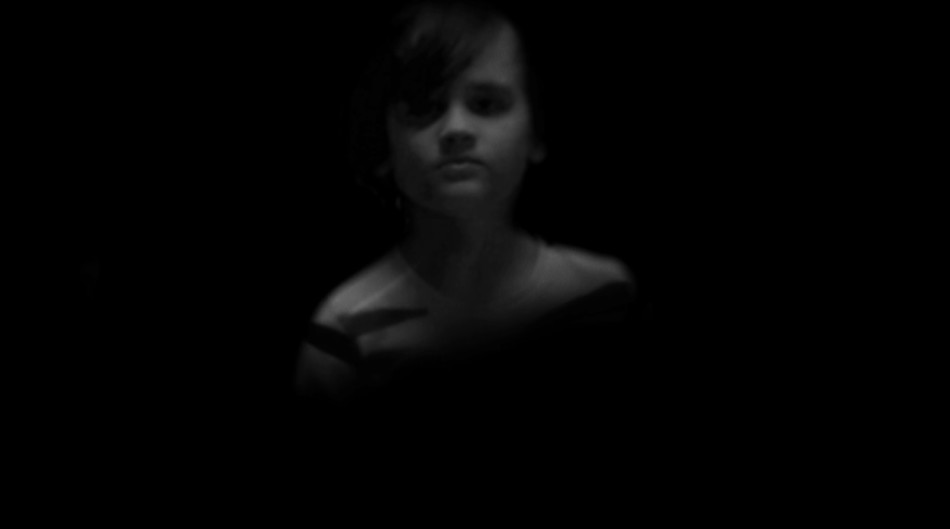 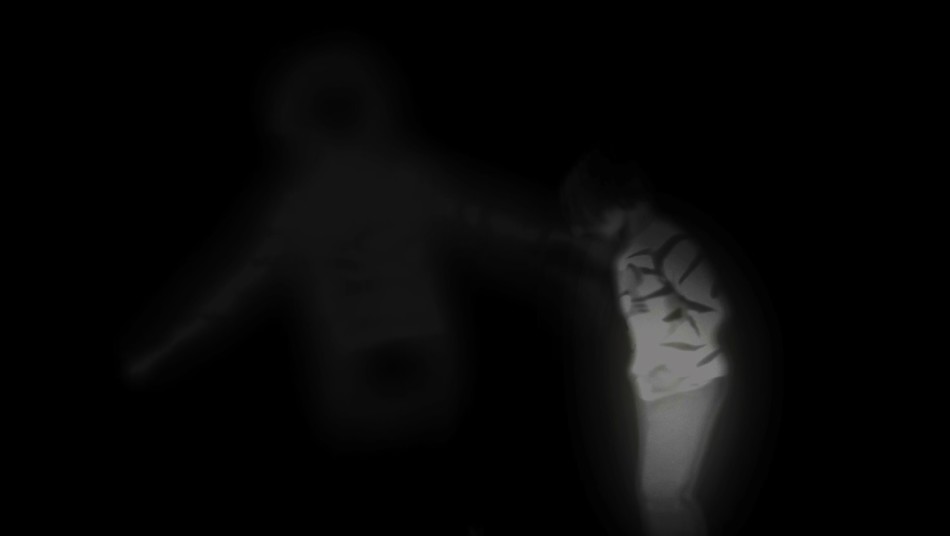 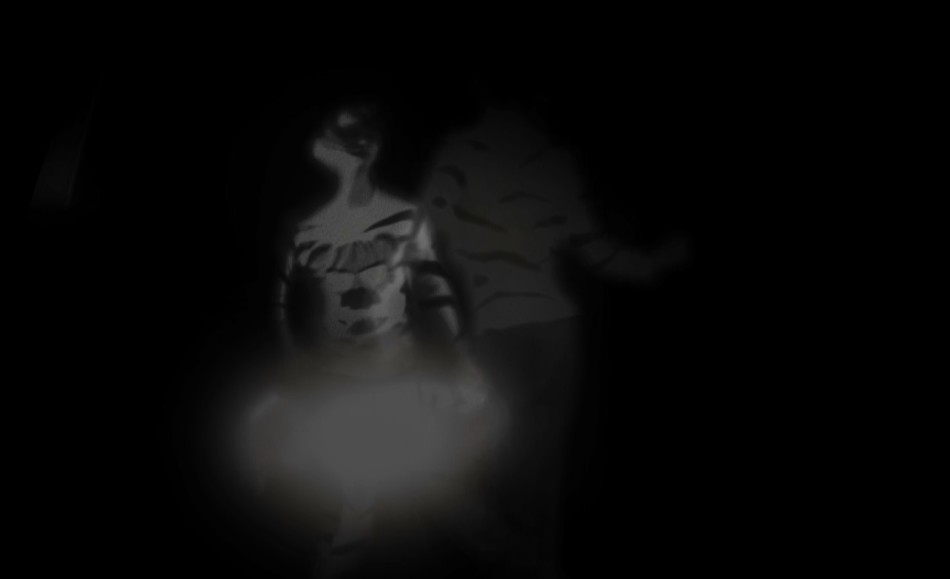